A Day In My Life

I documented an average day in my life and made a vlog about it. After documenting I gathered pictures for a visual cue from Flickr which has pictures that are free to use and don’t have copyright. Then, with a script, I recorded myself talking about the data. I then edited, to the best of my ability, the track of me talking and cut out noticeable mistakes… Hopefully all of them, with an editor called Audacity. Then I had to stitch the audio and photos together to make the video using Youtube’s video editor.

Hello, my name is Hannah and I have documented an average day to show you what I do in a day, on average. To start off, I wake up from about an 8 hours sleep, sometimes less.Eating takes about 10 minutes and I eat about twice a day, lunch and dinner, snacking throughout the day included so in total around an hour of my day. I drive myself to school which takes about an hour round trip, which may also include blasting music for entertainment. Schooling takes around 7 hours of my day. Menial things would be playing on my phone, brushing my teeth washing my face, watching T.V. or Youtube, listening to music, showering and other general stuff which throughout the day takes about 7 hours and honestly I don’t know where all that time goes, but with that, that would conclude the day. Goodbye 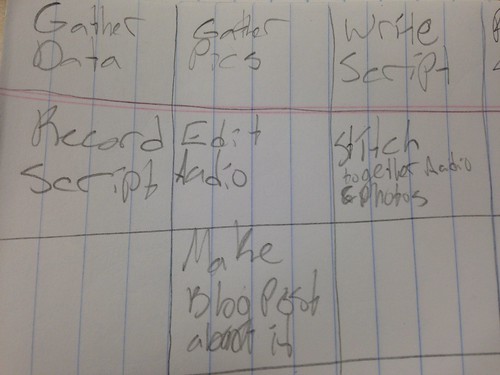 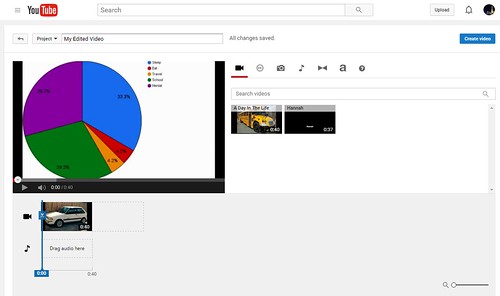 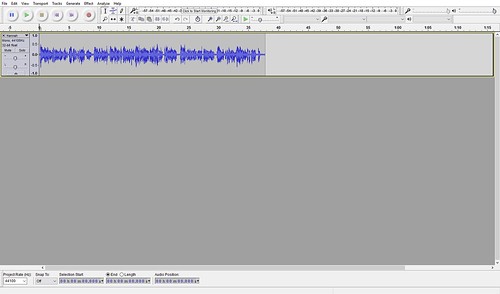 Through determination, and working hard I was able to stumble through making this project. Writing isn’t my strong point and I had to do a lot of that which kind of helped me push through it and that was a cool positive. I had to find pictures and that was kind of arduous because you found a cool picture but then you wouldn’t be able use it because copyright and you would have to go through the process over and over again which became annoying.

Sometimes it became frustrating but the easiest way to fix it was work through it until I absolutely needed help or I was able to find the solution and move on.

Here’s a guide I followed to make sure I had everything, http://capitalcomtech.info/2014/03/26/day-in-my-life/